Skip to content
Home > Can Shock Collars Cause Heart Problems in Dogs? 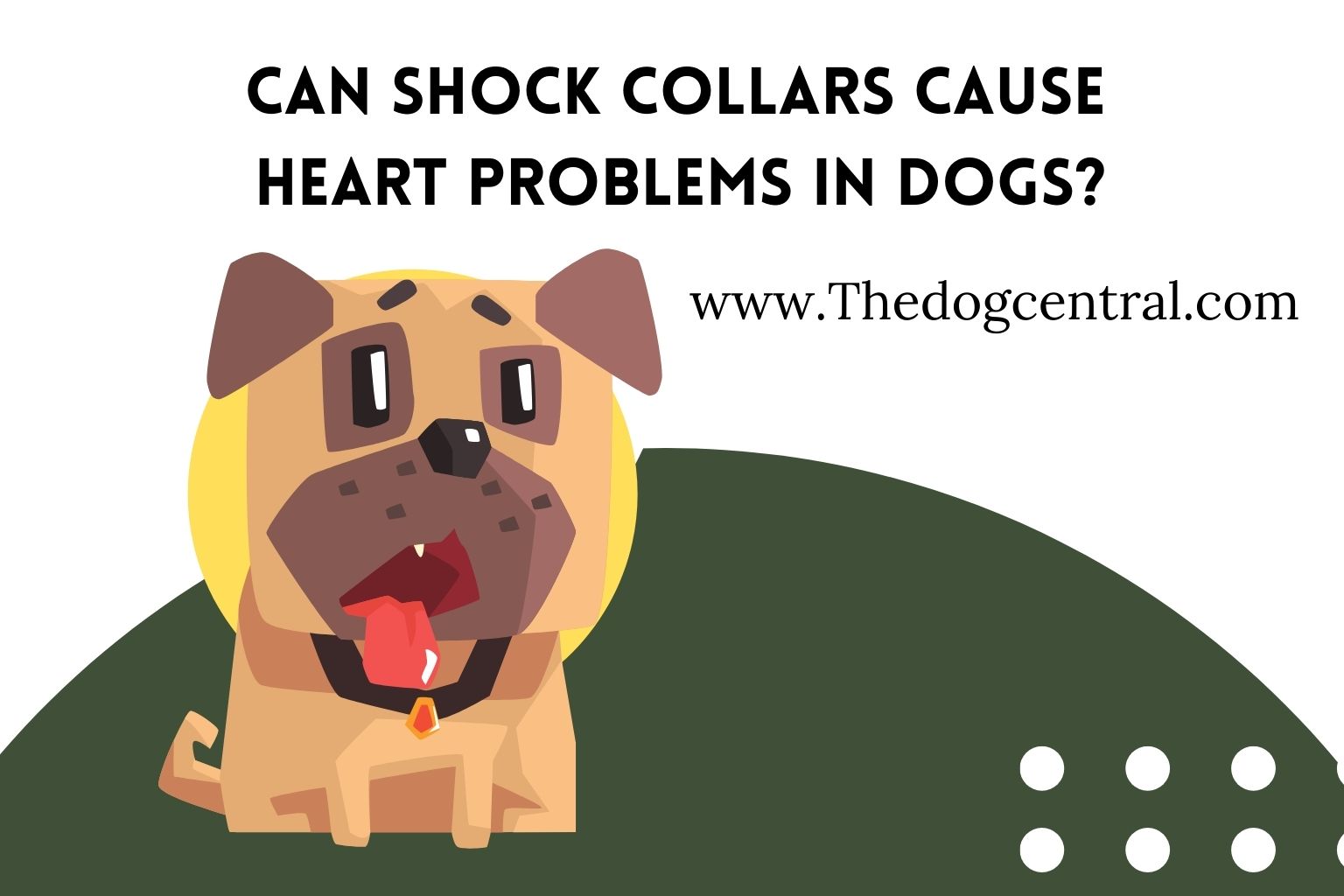 Shock collars are used by trainers or by dog owners who want to train the dog to help the dog adapt to the best behavior in itself. These are extensively used for creating specific behavior patterns in dogs. These behavior patterns make the dogs look more obedient, more decent, and more socializing.

A shock collar, also called an electronic collar, is a training collar that transmits a shock to the dog. This shock is given around the dog’s neck when the dog shows some negative behavior that you do not want to see in your dog.

How Does a Shock Collar Work?

The shock collar trainer put the collar around the dog’s neck and handled a remote in his hand, observing the dog’s behavior during the dog training. When he finds the dog is showing vague, unfriendly, and unwanted behavior, the trainer presses the button on the remote, which gives shock the dog. This shock is more like a tickling sensation that spreads across the dog’s skin.

An e collar training of the dog includes three components.

The network of cables has meshed in the ground where the dogs are trained. Transmitters are placed near the cables. Prong collars are worn around the dog’s neck. All the systems of these components work coherently during the dog’s training.

How to Use a Shock Collar?

The way a shock collar is used must be learned first if you are not a trainer but want to train your dog by yourself. The dog shock collar must be used at an optimum intensity to train the dog. Otherwise, it can cause physical pain to the dog, or might the shock collars cause other problems in dogs.

An e collar is used from the lowest intensity in the beginning. This is because every dog has its kind of skin. So, the shock penetrating the dog’s skin should be low, avoiding the painful burns on the dog’s neck.

On pressing the remote button, it produces an electric shock around the dog’s neck. The static shock setting is adjustable, and trainers adjust the intensity and timing of the shock accordingly.

Can Shock Collars Cause Heart Problems in Dogs?

Electronic collars must be limited for the healthy life of dogs. Mainly the shock collars are used to train police dogs or train dogs to suppress unwanted behavior.

Repeated shocks put stress on the heart of the dog. This stress puts a strain on the dog’s heart and cardiac muscles and leads to the malfunctioning of the heart. The rigorous shocks from vibrating collars can damage the dog’s heart’s normal functioning.

Besides, the shock collars also affect the respiratory system dog, which leads to diseases of the gastrointestinal tract.

Is the Use of Bark Shock Collars Humane?

The answer is whether spray bark collars or electric shock collars are humane or not, depending on the type of dogs the trainers are trying to train. The dog collar is used to control excessive barking and unnecessary barking of dogs. When the dog is barking and suddenly feel an electrical shock, he stops barking.

Not all dogs bark unnecessarily. However, some dogs show fearful or aggressive behavior. Such dogs are primarily trained with the help of e collar.

The use of shock collars is inhumane when dogs are given painful shocks unnecessarily and more than enough. In addition, the multiple electrostatic shocks lead to several problems in dogs. These problems include psychological distress, heart problems, physical skin burn, and aggression.

If a person is not a trainer and uses a shock collar without knowing how to use it, it would fall into the category of inhumane. Such a person would not know how he should use a shock collar correctly and with care. Instead of working on the dog’s behavior and making him decent, he would undoubtedly welcome so many problems to his dog.

Do the Vets Recommend Shock Collars?

Most vets do not recommend or approve the use of dog shock collars. They think that the dog shock collar sellers deceive people and use sugar coatings to sell their products. In addition, shock collars are inhumane, and they lay stress when the shock occurs, the dog’s neck hurts.

Vets give another reason for not approving the use of shock collars is when a human wears a shock collar gets a painful shock, it traumatizes him. In the same sense, dogs wearing shock collars get a dangerous shock. This gives rise to physical pain and mental torture leading the dogs to stress. As a result, they think shock collars hurt.

Does a Shock Collar Ruin the Dogs?

It is a very common question asked by people who care for their pets. Shock collars are helpful for training dogs that are aggressive and harsh to control.

If the shocks are given repeatedly without observing safety mechanisms, it will lead to many problems in dogs, including physical pain thresholds.

What Are Some Alternatives to Shock Collars?

Prolonged or dangerous shock to dogs by shock collars can cause injury to the dog’s neck and lead to psychological distress. Instead of using a dog collar, a trainer must go for a safe and gentle solution. There are many alternatives to vibration collars or modern shock collars.

Citronella collars are a kind of spray bark collars. Spray collars are used for the training of a dog. The working mechanism of the Citronella collar is when the dog does some unwanted thing or shows negative behavior, Citronella is sprayed on the dog. This spray gives a signal to the dog to avoid this behavior. Other spray collars work on the same method, but different substances (water or lemon liquid) are sprayed on the dog.

Studies have shown that citronella collars are better than e collars which give harmful shocks to the dogs.

Every click gives him confidence when the dog does something good instead of alarming him. Studies have shown that dogs adapt good behavior when appreciated. This method of training dogs is far better than using a shock collar. Clicker training also prevents dogs from psychological stress, as seen in the case of e collars.

According to research studies, Pheromones create a strong impact on the behavior of dogs and many other species. This is because pheromones are, in actuality, substances that induce a specific kind of response in an organism.

In the case of dogs, pheromones are naturally secreted by mother dogs; this aids them while calming their little pups. Therefore, these pheromones are termed explicitly as Dog Appeasing pheromones.

Unnecessary pet behavior can be repressed by using these synthetic pheromones. These pheromones are mainly used to soothe nervous dogs and decrease their depression level.

Scent training is mainly used to train police dogs when they chase culprits by smelling things or smelling the sand that leads to the path created by the thief.

Another very effective way of training is the use of a whistle. This kind of training trains a dog into more obedient and diligent. To stop the dog from doing unnecessary things and make him pick up something that has been fallen so away, whistles are used. It is a suitable training method for pets instead of shock collars.

To train a dog, trainers used shock collars, also called e collars. These collars shock the dog when the trainer sees the dog doing a wrong thing or unwanted, annoying activity. When used in a limited and controlled manner, these shock collars can make the dog well-trained.

On the other hand, when these bark collars are used immensely and wrongly, they can cause heart problems in dogs. Also, the dog can become more aggressive. This eventually weakens the bond between the dog and the owner.